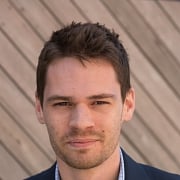 It's great that Pipedrive is adding more native Automation features. It really is.

BUT it's never going to be as powerful as Zapier, which connects to tens of thousands of apps. Pipedrive should be doing what it can to support an API ecosystem, and Zapier is an important player there.

Pipedrive's integration with Zapier is sub-par, particularly as a Trigger. It can trigger an action based on a number of actions, but it does not allow filtering akin to what you can do in Automation. The most important missing one is applying filters like "ischanged", at least on key fields, so you can trigger actions when a deal is newly Won.