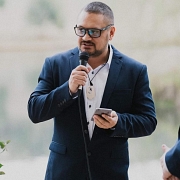 For over a month I've had sync issues with Pipedrive and Outlook email sync. Out of nowhere...the emails just stopped syncing. After trying to tell support it wasn't me...there was a comment finally after about a week that "A bug has been found"

It's now been an entire month and it's not fixed.

We lost a large number of deals because we had no visibility of customer responses let alone communications.

I had to remove one email, and sync with my personal email...and then the issue started happening again.

This is completely unacceptable. To be told each time I press your support "We're looking in to it" and never given an actual reason behind what is going on is a miserable user experience. This lack of transparency has caused massive disruption to our small business and hours of rework and apologies to customers because "we don't know what our CRM provider is doing"

Why am I still forced to pay full price for something that is clearly broken at your own admission?