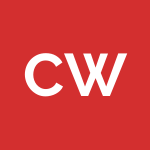 After the forced rollout of Insights this has basically rendered over 4 years or data useless due to the reduced functionality of Insights over the old Reports feature. I find it difficult to comprehend why a "new" feature would be rolled our without a minimum of the usability of the previous version. The ability to add custom text fields to a report is restricted, you cannot edit an entry in a deal without going direct to the deal itself and the export function is also restricted.

I have raised this direct with a member of the team at PipeDrive who understands the frustration I have an has confirmed that the points I have raised are correct and I was given the following response "Following up with you as I have been informed directly by an engineer, under the internal inquiry I opened today, that this is indeed only a limitation in Insights, and even though it was indeed possible in the old Reports tool it was not made available by the developers themselves." Again this completely escapes any comprehension.

This has resulted in us being forced to look for another CRM that can provide this basic requirement and potentially have a big impact on our business through this transition period.