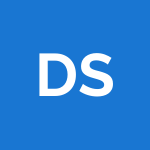 I have a client who owns a SAAS company/software. They want to be able to update deals in Pipedrive when a deal signs up to a trial and when they have paid.

They said they have developers but would like some advice on what to tell their development team. They're happy to use Zapier or direct webhooks to PD.

Could anyone help? I need some suggestions to tell their developers what to do.