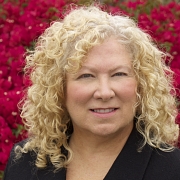 We just moved from Drive to PipeDrive ChatBot which has limited features by comparison. We love PipeDrive, we're just underwhelmed by the ChatBot so far.

Has anyone found a workaround for the fact that when you ask a question, it automatically creates branching based on the response? In Drift,  you could ask a question with up to 15 responses in a drop-down and all of them could result in the same branch. For example, I could ask for someone to pick their favorite pizza topping from a menu of up to 15 choices, and collect that as information without altering the routing based on each response. I think this is because you could assign a branch to each response and have them all route to the same branch. We could also do the same thing with open ended questions that require the visitor to type in a response.

Has anyone found a way to work around this limitation? I'd greatly appreciate your help. I've asked on chat and PD says that the ability isn't there, but someone might have developed an API that would allow it.