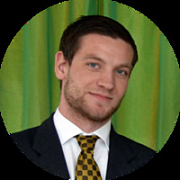 As a user I will like to set custom goals per month, both on team and user level. As sales targets may vary from month to month due to seasonal sale and scaling up with new employees, it's important to be able to adjust the goals accordingly. This was possible in the old report version in Pipedrive.

Challenge today is that with the new insights feature, it is only possible to have the same goal every month for a year which will be the total annual target/12 = monthly target. However this is WRONG and this create a need for having this data still in excel spread sheet and is very painful of not having this availability in Pipedrive that was available before.

I hope that this can be prioritized and available very soon!