Give me a star ⭐ on mail items (just like gmail) 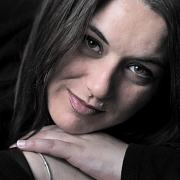 I would like to see a star feature, similar to what Gmail does so that I can see particularly important emails I want to highlight both in the email list view and in the correspondence view within a deal.

... A simple star ⭐ that can be toggled off and on would be a godsend as I'm often flying all over the place between PD mail, deals and our e-commerce store.  having the ability to add a star ⭐ to a particular email(s) in the general list view, as well as for that star to appear within a deal would be really useful.

We do high volume inbound comms both in terms of new deals and enquiries from various sources.  Throughout the day I often want to keep a visual track of important emails as they disappear down the general mail list.   .. Having a star or other icon that can be toggled on both in list view as well as in an email would be useful.  ... Also for that star ⭐ to continue to exist once added to a deal (often we can have an awful lot of emails attached to a single deal.  ... so being able to tell at a glance which ones are the important ones would be very helpful.

If you use Gmail you will already be familiar with how useful such a feature is.  ... With Gmail if you right-click you can even toggle between several different icons, not just the 'star' ⭐ (more food for the PD dev team!).

Anyway, vote if you think it worthwhile.