In the current format of the email template for Workflow Automation, you can include the Deal Stage ID, but not the name of the stage.

For example, if a deal is in "PO Received/Contract Signed", the email sends "6".  If someone knows what "6" means, great, but otherwise it's not useful to have the number.

We have created an email when a deal is Won, including details of that deal, but the one thing we're missing is the stage.

For the Teams Card alert option, you can include the stage name, so please can this also be an option for the email instead of the stage ID?

On a similar note, having a link to the deal in the email template like there is in the Teams notification would also be very useful. 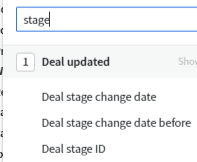 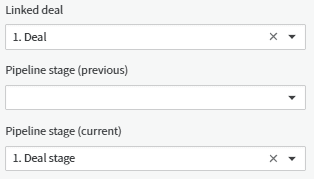