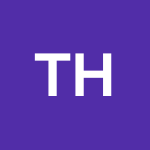 This is quite annoying as our company uses quite a few different databases to find clients and combined, those databases have a lot of duplicates that pipedrive doesn't recognise. This means our sales team have to double check if the contact doesn't already exists in the database before calling or mistakenly call someone they shouldn't have (thinking it was a new lead when it's an existing client or something similar). It's also generally annoying as it pollutes our database with duplicates and doesnt give us an accurate number of how many leads we have.

Another issue is that for a duplicate to be considered a duplicate, the name AND something else need to match. I quote pipedrive on this: "People are considered duplicates when their names and one or more of the following fields are the same: email, phone or organisation."

This doesnt make sense for me as two contacts who have the same email or phone number is obviously the same person. If this can't be generalised to everyone using pipedrive, then the duplicate criterias should be customisable by each company to fit their needs.

In my case, the name requirement doesn't help because there are a lot of contacts who go by different names and thus pipedrive doesn't recognise the duplicate. For example, contact name is the company name instead of the CEO name, or a company is operated by husband and wife (who have different names).