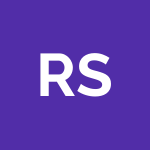 Hey, we are a real estate wholesaling company and I need a follow-up automation with pipedrive. What we have is the following situation: People are inquiring for a property. They already get an auto email that we will contact them with the possibility of making an appointment with calendly.

What I need is an automated follow up with Text, Email and VM when we can't reach them during the first two days after they inquired. It will be a sequence over 2 weeks, with using different tools (Ringcentral, Slybroadcast, Gmail) on different days. Any idea how to setup this?