Hi, Can you make it so that the calendar reminders contain the name or company name so that my calendar is not full of 10 entries that all say Call? 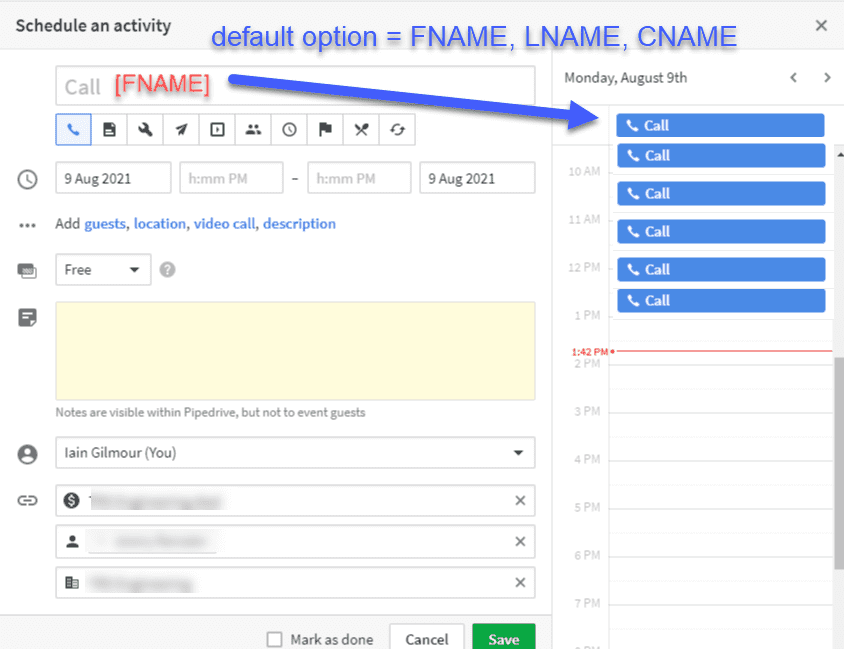