I'm reporting another issue of Korean translation—inconsistent translation of 'win'.

In English version, this is what we saw for a won deal.

A deal is won and its won time is shown on the left side.

In Korean version, however, we have a discrepancy.

I believe a won time is translated as '성사 시간' as it is consistent with the '성사' at the top of the deal.

We have the same issue when we try to drag a deal in the Pipeline view.

The third rectangle at the bottom should be translated as '성사' instead of '성공.' 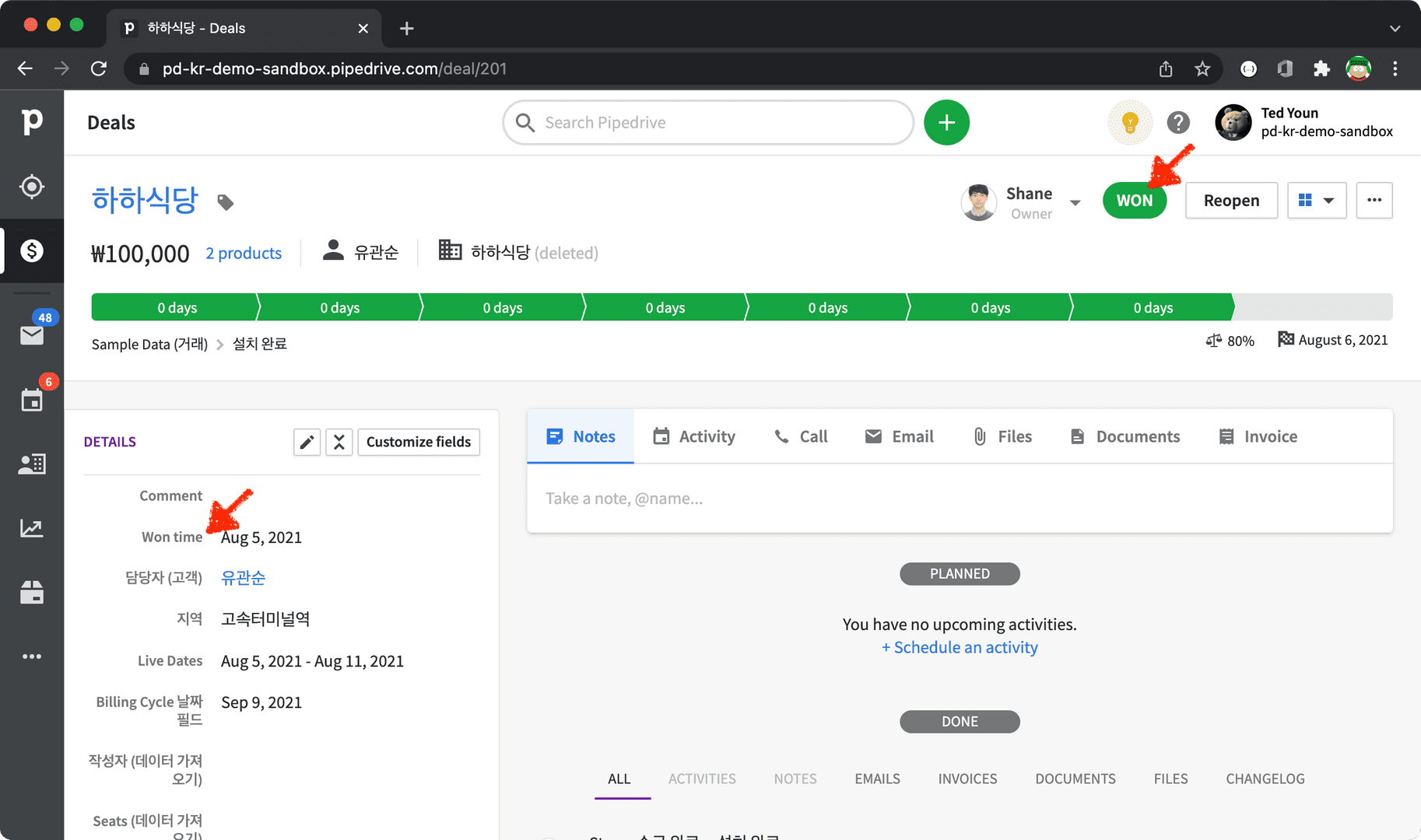 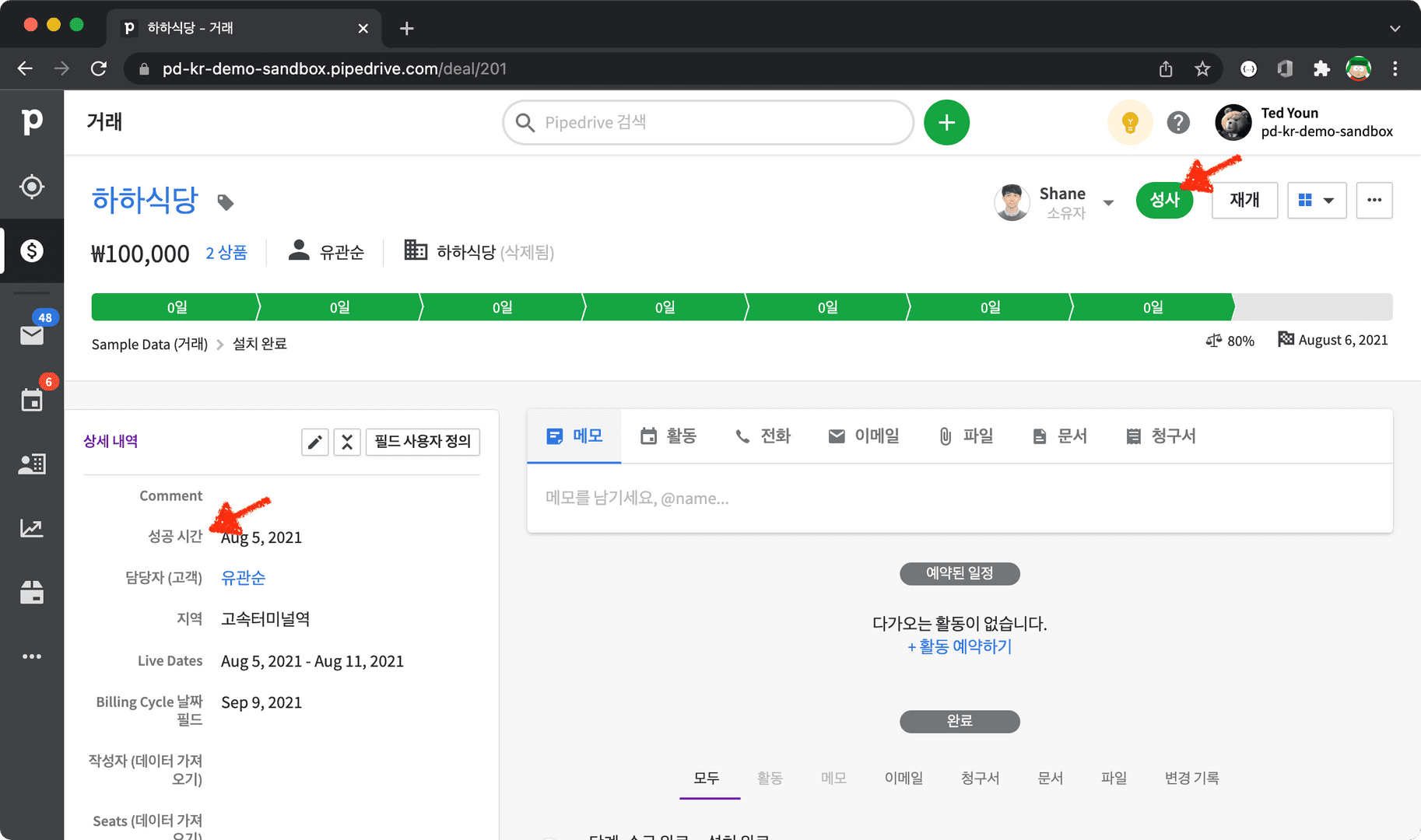 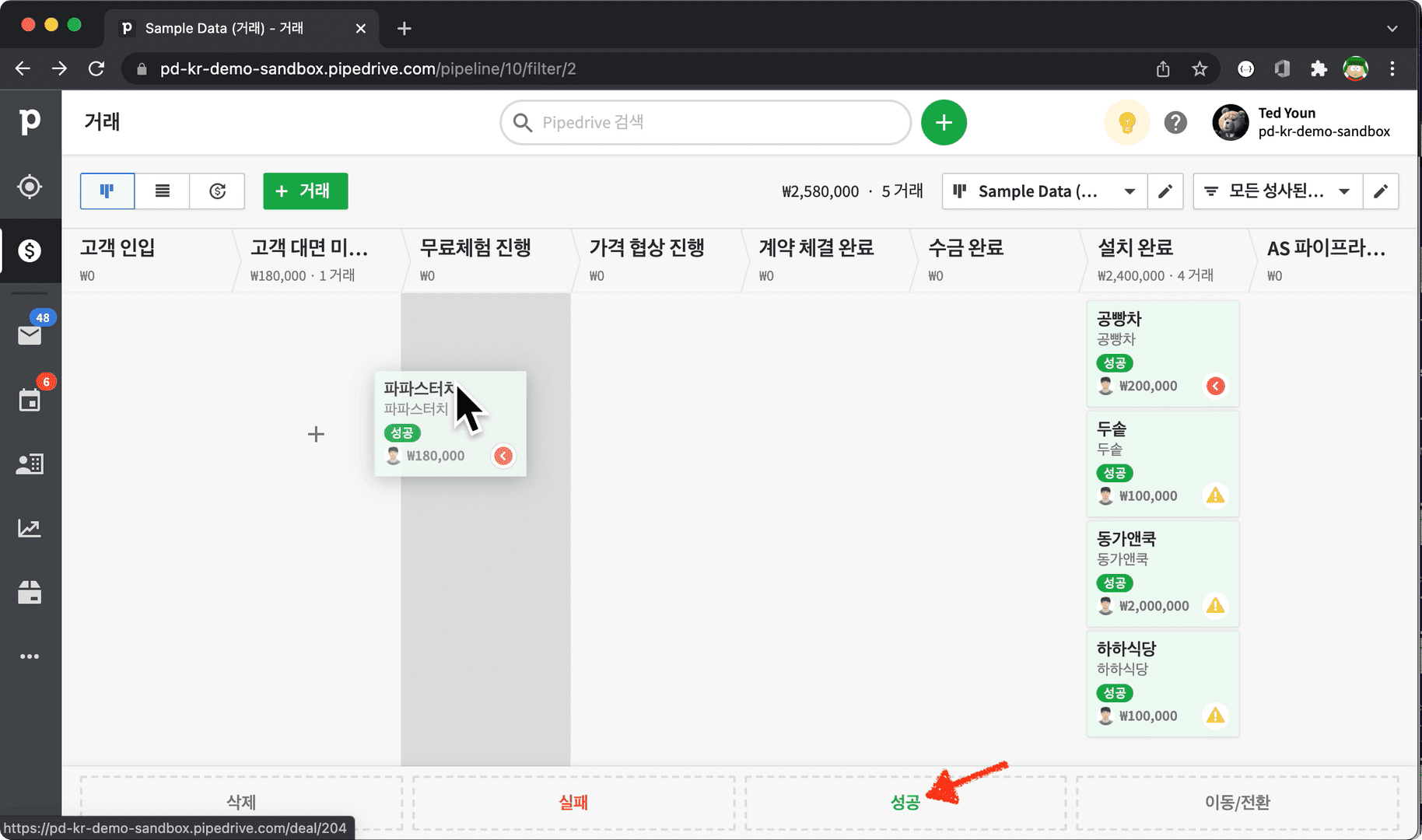