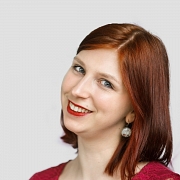 I am looking for 6-10 participants who are willing to test out our first design prototype for mentions in Pipedrive (no development yet, only clickable design).
For this, please use the following  scheduler link to book a time in my calendar for a quick Zoom call.

EDIT: Thank you, participants found by now. This is why the link is currently inactive. Please leave me your email or write it to me at [email protected] if you are willing to participate in the next round of testing

Thank you for quick reactions