Workflow Automation Limits the Number of Emails we can Send 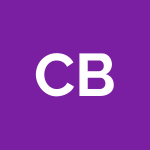 Just spoke with someone from PD´s team after we realized that a lot of our automated emails weren’t triggering. The explanation is that there is a rate limit set up now which prevents using the workflow automation to send multiple emails. We’d send from 20-100 at a time when moving deals down the pipeline. In the end, we’d see only 10-15 emails would trigger. This is a big problem for us in fact. We trigger « chase » emails whenever deals move through the different stages and now we’re being told we should send smaller batches, or use the the mass email tool instead. This obviously slows us town. Can you please fix the system to allow us to send out mass emails through the automation the way used to be able to? It was a bit the reason we use PD in the first place.

BTW: I verified with google and they do NOT block emails if they recieve multiple at once. The limit according to them is something like 1000 per day, which we are WELL below.