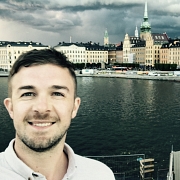 I'd love to suggest a Checklist feature for Deals.

Similar to cards on Trello or Asana, I believe adding a customisable list of tick-off/strikethrough items to a deal, would allow us as users keep track of various administrative or key tasks that inevitably crop up when managing a deal through the pipeline.

Eg. We use Pipedrive as our Recruitment CRM. As the candidate enters the process, along the way we collect ID, visas (if applicable), gather references, confirm start dates etc. All these are actionable sub-tasks that need to be prepared for and subsequently checked off as the process unfolds. Having this function within a deal would be great.