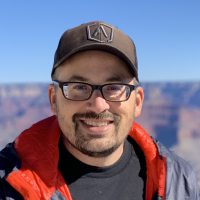 For a large chunk of my sales activities I've really enjoyed Pipedrive. The ability to track leads and deals with organizations the people associated has been great. The ability to add workflows has been great as well, and I'm very excited about the upcoming Projects features once I've won a deal.

One thing that has felt painfully missing for me in the idea of a list of tasks that need to be done by sales agent. I initially thought that I could use activities - but the required date is a very annoying field. For the remainder of this conversation I'm going to refer to the idea of an Activity w/o a "date" as a Task. I'm aware of the usage of Task in the upcoming projects, but I'm not referring to that in this case.

I would love to have the idea of a list of Tasks that can be assigned to the Deal Owner. My specific use case is that when a deal moves into a given stage I want to assign that deal some number of tasks. An example of task could be "Write up a BANT analysis." In the notes of the task, I'd love to provide a link to our internal documentation of "How to write a BANT analysis." In this world I can attach tasks to a deal as it moves through the deal stages and I can help guide my sales agents on the tasks that need to be done, and provide them links to the relevant documentation at the same time.