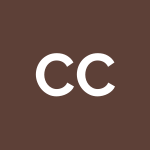 I am new to pipedrive and hoping to use the platform to automate our estimating workflows including internal check sheets, resource coordination and submissions.  Do you have advice on how to get started?