Email open and click rate tracking is not intuitive: didn't realize I had to turn it on in settings 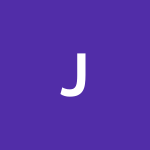 I was very excited to send my first batch of emails and see how well it was received. I had gone through the email setting section and turned all the green buttons to "Yes" that ask if you want to track open rates, click link rates, and get notified of activities. I thought I was all set and send out a few group emails. Come to find out I had to not only turn ON the settings but I also had to look at the bottom of the email compose dialog box (where all the other formatting items are) and click the icons as well. This isn't intuitive at all, especially since the icons are buried amidst a ton of other formatting icons so if you're not formatting an email, you're not even going too see those. Plus, the icons themselves aren't even shown on the email settings page so I wouldn't have known what those icons meant anyway. Plus, it's just adding even more work (aka clicks) when the whole point is for pipedrive to make things more automated.

Instead, one of two things needs to happen to make it easier for users:

This doesn't help me now because I already sent out a lot of emails, but this setting should be fixed so that other new users don't get the disappointing surprise that I did.