How to track demo no-shows? 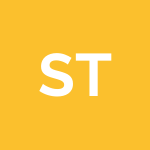 At the moment, we're tracking people who scheduled a demo but didn't show up in a spreadsheet because I don't know how to track that in Pipedrive.

I suppose it wouldn't be a good idea to have a "No Show" stage in a pipeline as each step of a pipeline should be mandatory for the vast majority of prospects.

Also, it seems like there's no way to have an automation triggered after an activity has passed but wasn't completed?

So, does anyone have an idea how to get rid of our spreadsheet?