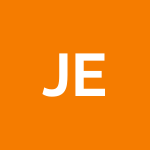 We've been using Kixie, and it predominantly works fine as a chrome extension, aside from bugs that continually require us to "refresh".

But their mobile app is just utterly unworkable. I'm using it on an iphone 12 mini, and to dial out, I have to first delete the app, re-download, and then it only works a couple of times back to back. As soon as I leave the app and return, the outbound dialing feature simply doesn't work—even after the help of their support team.

Pipedrive support said that they've heard users also use CloudTalk or JustCall. Does anyone have any experience comparing those options to Kixie? I would hate to migrate away from an 80% workable solution, all to find we've moved to one that's even worse.

The functionality we require (and utilize) of Kixie currently:

- a workable mobile app that allows for reliable outbound calls
- click to call working without a chrome extension (thereby workable on an iPad, even if it has to dial my mobile device—but at least it would do so reliably)

Thank you so much!