Verifying email metrics/performance? Anybody ever made a dashboard? 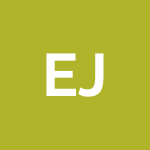 So I've been emailing for leads/sales, and been testing out different messaging. While our opening rates have been great so far, I've honestly been a bit underwhelmed on the reporting from Pipedrive.

I test out different messaging, we send to different levels, people are in different time zones, and then the emails get sent or open across different times, plus throw in the actual email opens and link clicks, etc.

Has  anyone ever made some type of excel/dashboard that makes ALL those metrics easier to track or look at, so you can basically verify what's ACTUALLY working or not and then segmenting those people out....and then being able to think through again what emails to send to those varying levels of people?

It sucks being able to not set an email to get sent at a certain time (set and forget), or being able to automate sequences (so you dont have to do it manually); but I'll deal with that and can live with it.

Now, NOT being able to easily verify all the data though and essentially synthesize and track how your emails are doing is super frustrating.

Has anyone made any type of excel or created a formula or connected anything that makes your email data MUCH easier to verify? I could create an excel formula and some code, but wanted to verify if anyone had actually done this or not?

It's been a bit frustrating pipedrive doesn't have better capturing of the data.