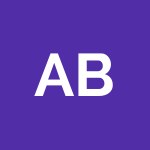 I am not too sure how others may do this but we have found some issues when mapping a deal's historic performance.

This includes how a deal moves along each stage and to and from each pipeline. As I am sure many use Pipedrive across multiple teams, it was our ambition to track how deals move along each stage, the duration in each stage and this would add a new row to a table. However Pipedrive's current API only follows its journey forwards, if for some reason the deal moves back then it is not possible to track via API.

I had the case a deal was in stage 41 then moved back to stage 5 and the API data would not show this in the historical item.

I am sure mapping how deals move around each users environment can be useful.

As a current workaround I added automation to update a deal field which would add the current date when a specific action occurs, this can then be grabbed by API.