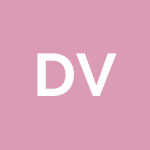 At our company every employee has synced and linked their email to PipeDrive. However, the emails only sync on the organisational level, but not at the individual deals. As soon as an organisation has two or more deals, the emails are not synced on the deal pages anymore as the system does not know to which deal to link the emails. This is rather frustrating as now the emails are only visible on at the organisation and not at the relevant deal pages, even though the deals have different participants (which could be an obvious indicator which emails to link to which deal). Any one else experience this issue, as we would very much appreciate to have this solved.