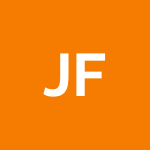 I'm wondering if it's possible to do this for emails sent via workflow automations. It doesn't look like it is but it doesn't look professional in my business for a client to receive an email on these days.