There is no really clever revenue forecast 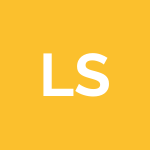 so one of my main goals by using Pipedrive was to get more insights into how much we're going to make in a future months. So we've create a deal pipeline, add there stages, for every stage we've got probability, for every deal we've got set up a Billing plan (so if the deal is one time payment (and if so, when) or its something like subscription or monthly / other based payments (and if so - how many payments there will be, when the first paymets starts etc).

And to be honest - I can not find how to display a Forecast, that will says, that we've got this many deals with some payment scheduled for april with this and what probability and so in april we should expect this much money. Based on a probability. So if the deal is 1 000 000 and probability is 50 % it should counts with 500K.

There is of course something called New revenue forecast report  that counts with weighted value of the deal, but complete ignore a Billing plan. So I've got deal with only one payment in April (for 100K), its not closed, it has some probability (50%) but I am getting to this forecast 50K from the April till end of the year. It does not make any sense to me.

There is on the other hand something called New subscription revenue report - its cool, but it counts only with revenue. So good thing is, that the previous deal for 100K payment set to April with 50 % probability is shining only on April, but its there for 100K instead of 50K as I would love to have!

Bassically my question is: could you, guys, take a New revenue forecast report  and New subscription revenue report  to the date, take them to the nice restaurant, order a wine, some oysters and asparagus, let a magic happened and hopefully sooner than 9 months we could have a great report, that will combine these two and will show weighted value of deals, but only on months where it is scheduled and so I can have a more visibility to "what I am probably going to make in what month".