We need an ability to split sales among multiple sellers. 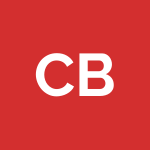 As a business, we track sales of individual employees...equally important to us the ability to track the value of the average sale. Currently, the system doesn't seem to have the ability to do both.

I can either credit one salesperson with the entire deal in the system in order to protect the average deal metric but then their numbers look better than their colleagues who also sold the deal.

I can divide the number of consultants who worked on a deal and create multiple smaller deals in order for the dashboard to show their actual sales numbers...but then it will look like we sold more deals than we did and at a smaller average deal size.

Is there a way we can do this more accurately? Perhaps it's in there and I haven't figured it out yet.