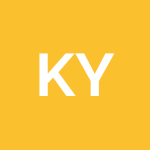 We use a third party for support emails and have setup Pipedrive's smart bcc email sync feature so that all emails we send from our support team will link to their respective deals in Pipedrive. However, as soon as a deal is won, emails from our support email stop linking to the Pipedrive deal. I understand that this is the intended behavior of Pipedrive, however it prevents us from being able to use Pipedrive as our source of truth for customer communications. Would it be possible to add an option to turn on smart bcc email sync for all deal statuses rather than just OPEN deals?

It's vital for our team to be able to see the full history of email conversations with a deal so that we can ensure deals remain WON and don't churn.