This is what you see in Korean version when you try to edit Pipeline stages.

Such an inconsistent translation may confuse Korean readers. I think we can use the word "정체" for deal rotting feature in both places.

That's why I think "정체" sounds better for the word "deal rotting". 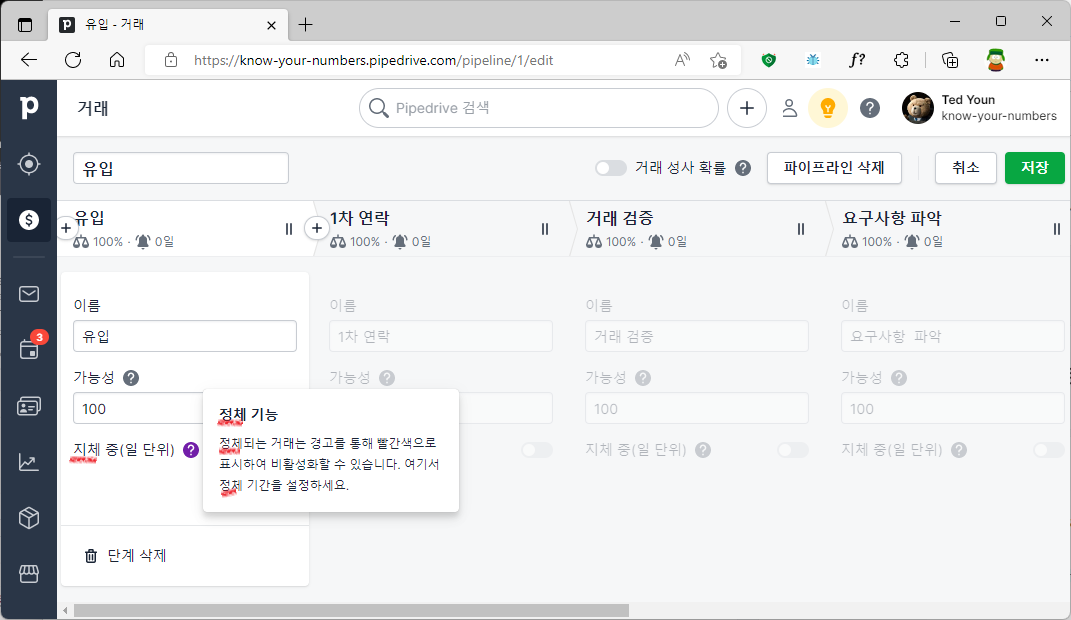