In search of someone who can help organize 7,000 contacts and 22,000 emails from our Google. We hav 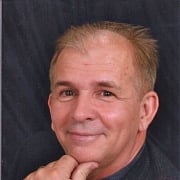 Dean Burnette Posts: 3
June 2020 edited July 25 in Apps and Integrations #1
In search of someone who can help organize 7,000 contacts and 22,000 emails from our Google. We have 18 listings another 20 prospective listings, about 1,000 prospective buyers who have inquired on those listings. We have never set up any automations. The only things we have done is synced our google calendars and email accounts.

We're in pretty bad shape in more ways than one. I figure we need to change something or quit paying for things we are not using. So, to prioritize,

1. I need help to organize the 22,000+ emails (gmails that are synced with PipeDrive) so that we can create deals linking the prospective buyers to the listings they're inquiring about.

2. Someone to help set up Actions or automatons to have a smooth flow of communication between those prospective buyers, our clients (Sellers), and our agents (3 of us).

I have paid into PipeDrive for years and have almost nothing to show for it. No Deals, the 3 agents in my firm have barely used the system.