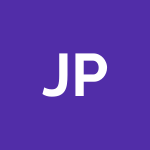 I have been having an issue with Pipedrives workflow automation tool. To me the rules here are straight forward - I have a deal which when moved to 'Check/Send Contract' AND the org name matches ANY of the listed organisations in the conditions then the deal will move to another stage called 'Under Consideration.'

I contacted Zapier who also confirmed they see no obvious issues with the Zaps other than the information coming over from the PD webhook within a ms of each other.

The information in the webhook is exactly the same. Pipedrive have said well thats Zapier's problem without acknowledging that PD is the source of the data.

PD actually pointed out to me the deal flow on the activity which to me knows it's jumping around and going to Under Consideration twice but I was told this was how it was meant to work?

To me the tool is now unreliable - something I thought PD would take seriously. We are already heavy users and now potentially having to consider alternatives for myself and our 5 users. I think that because we are a small team they have little interest.

Support also pointed out that the deal is moving backwards and forwards. Interestingly there is a required field which pops up when we first move the stage and we wonder if that has something to do with letting it trigger twice but PD just say no.

We move the deal from Client Qualified to Check/Send (88) and then the automation should move it to Under Consideration (81) - does anyone disagree that the conditions are not set properly?

Like I say it does work, just that intermittently it will trigger twice - almost at the same time. The user is only moving the stage once and this is what happens. Our customers are getting emails twice and we are getting data twice.

Does anyone else have an issue with deals moving stage by flicking back and going again? This happened after the introduction of required fields which we love and use every day.

To test out issues we have turned the automation off and rebuilt it in Zapier and not had an issue with the deal moving problem. We are able to eliminate the duplications BUT it means that the emails being send out are matching the PD account on Zapier rather than the person initiating the deal move on PD - we use different brands and web domains for email so clients are getting emails from the wrong person doing it this way.

There is a PDF attached showing the 2 webhook posts side by side along with the conditions of the API. I would be eternally grateful for anyone's advice/support and apologise for my grumpy message!