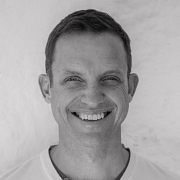 A business I work with is just getting setup on Pipedrive, and wants to import existing deals from a tender register spreadsheet.

Each tender they've submitted in the past is captured in this excel sheet, and has a unique number.  This number is a simple, sequential number, i.e. if the last tender submitted had tender number 4142, then the next tender they submit will be given the number 4143.

We want to import this tender register as Deals in Pipedrive.

Do we map the Deal ID in Pipedrive to the tender number in the spreadsheet during the data import process? If we do this, how will Pipedrive allocate Deal ID's for new deals once we've imported the existing deals? Will it automatically pick up the last Deal ID value and continue the sequencing?

Or should we create a custom Deal Field called Tender Number? However, if we do this, I'm concerned about people manually creating the next number in the sequence - there's too much likelihood of the sequence not being maintained due to human error. How could we setup a system generated, or automated, tender number to ensure integrity of the data sequence?