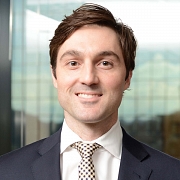 At this time, there isn't a way for a single deal to show up in multiple users' pipeline totals (transaction amount, total # of deals, etc). As a company that co-brokers a lot of deals internally, it would be tremendously helpful if one user could create a deal and then share the deal with another user while each user's totals have the same deal reflected in it. For example, George creates a deal titled "123 Main St." assigns Fred as a follower or co-broker on the deal and sets Fred as receiving 50% of the entire deal (so Fred's account would reflect 50% of the transaction value while also reflecting another deal in Fred's pipeline).