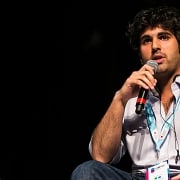 As shown in the video introducing us to the new Leads feature, I have a stage of my pipeline dedicated to leads. It's overcrowded, to say the least, and it'd be stellar if I could convert every one of those deals to a lead without having to manually do it.