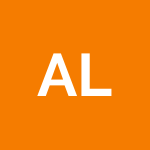 Stages in the pipeline:

When someone updates a pipeline stage for a deal (DEAL A), from in discussion to not now - later

Under insights - when looking at how many Demo's were booked this week, DEAL A will be counted there.

Currently pipedrive's logic will take all stages in-between In Discussion & Not now later and will check those stages as entered, despite DEAL A not having entered any of them.

This then appears under my Insights, as a demo booked even though not the case.

It would be great if the Deal entered stage date is filter would only consider the count, if the deal was actually logged in that stage (by being dragged across or clicked across).