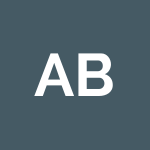 Our company has the ambition to build a recurring revenue base. The first subscription-based agreement was signed in August and there is a pipeline of open deals, all with monthly revenue. Deals are typically generated in USD and EUR, whilst our local and reporting currency is NOK. We have therefore looked into the recurring revenue reporting tool, seeking to integrate won + open recurring revenue deals (risked) into a revenue forecast.